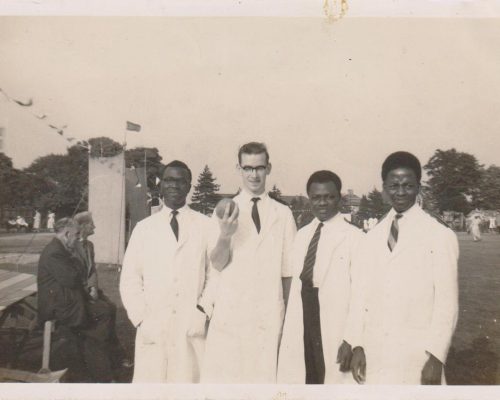 Picture-perfect Lagos with its bustling city markets, ear-aching honking of cars in deep traffic, the sweet dense air and ‘honest’ exchanges on the street. Nothing’s changed. Life swept by in a flash whilst in my uncle’s car, except when we arrived at the place which I call home, for a moment everything seemed still. All I could see was a figure waiting to greet us at the gates: the person who also built a home inside of me. This man is my Grandfather or Papa as he is officially known. It’s 2018 and I’m back in Nigeria as a ‘coming home’ of sorts to see my family after over a decade.

I rarely say I have favourite people in my life but the fact that I was so emotional upon seeing the man who raised me as a little child may prove otherwise. This is not to diminish the other members of my family and the contributions they made to my life. I love them all equally and differently. However I can’t ignore the role that my grandfather played in the special memories I had of my childhood in Nigeria before immigrating to the UK. Especially the stories which I clung on to of his career in the army and as a nurse in both Nigeria and the UK. My Gramps was a rockstar before the term entered pop culture, and truly a nurse without borders.

The importance of this story is so valuable because the nursing field has one of the most diverse fields and intakes of BAME (Black Asian Minority Ethnic) people. Currently, with the world at a standstill, these are the People that face real risks of infection on a daily basis. These are the people that deserve to be protected and respected now, especially once Covid-19 is over. Hopefully this story can expand the humanity in all this and the unique experience my grandfather had can offer some much needed inspiration.

So, in the living room of my grandfather’s house I sit knees crossed on the sofa whilst he eats his dinner and I ask him questions. I’m probing where I can, attentive but also relaxed, my grandfather is patient throughout.

Where it all began…

My grandfather, Major Adeniji Olusoji Thompson, was born in 1933 in Lagos Island, Nigeria. Following the death of his father at the tender age of 5, he lived with a guardian who was his uncle, a pharmacist. It is here that his interest in medicine peaked.

When did your career begin?

Momentary hesitation whilst he responds to my grandmother in the kitchen.

“I started in the UK by 1959, yes, nursing wasn’t very common for men but it was very well respected. I spent 3 years in Caterham in Surrey, before moving to Dartford in Kent, where I did my post registration for 12 months, then finally I spent 18 months in London.”

How was that, I mean getting to the UK?

“Oh wow, yes I took British Airways which was a 14 hour flight. We were using planes back then and it was a good experience.”

By 1965 he made a 2 week trip by ship back to Nigeria, home. He decided to take an appointment at ARO Psychiatric Hospital in Abeokuta, Ogun state, south-west Nigeria. This moment wouldn’t last long and by 1967 he would flee the civil war (Coup D’etat) in Nigeria for safety in the UK, arriving in Liverpool.

Wow, that sounds frightening so what happened next?

“I took an appointment at Birkenhead psychiatric hospital which lasted less than a year. I also worked in Newsham General Hospital as a Geriatric Nurse. Yes, it was all going well. As a charge nurse I was sponsored for a ward management course. Then later I took the opportunity to gain sponsorship from Liverpool Regional Hospital Board for the course of Clinical Nurse Teacher at Mable Fletcher Technological College for 6 months.”

So Papa, Liverpool was where you met Mama right, would you say it was love at first sight?

Not long into the romance did my grandfather itching to work find opportunity as a Nurse Tutor at Manchester University Hospital School of Nursing which was specialised in the treatment of cancer.

How did you find that experience, did you face any problems; it was the ‘70s in Britain so did you experience racism?

“The system in the UK was far better than in Nigeria for sure, but you just have to ignore anything like that.”

He finishes eating so I let him go to the kitchen. I’m worried that he might be tired but he tells me to hold on. It’s getting dark now and we are making use of the lanterns. My grandfather returns with a torch light, turns it on and sits back down.

You were telling me about the UK, meeting grandma, and when mum was born.

“Yes, whilst in the UK I also worked in Denby, North Wales. I worked in a psychiatric hospital.”

And did you do anything for fun or was it just work?

“We would go sightseeing to Cambridge and Oxford. I also enjoyed singing in the choir as a chorister in Caterham, Surrey. Then I would continue my work in Liverpool and Denby.”

He mentions that during his childhood he was a member of his choir which fulfilled his love for church and gospel music up until today.

My grandfather would continue his work tirelessly in the psychiatric wards and general hospitals. However, being that there was all work and no play, my grandmother who worked as a Clerical Assistant, wanted a change and felt that moving back to Nigeria would provide a new environment with familiar comforts. This is especially since my grandfather was an established nurse and could easily travel back to the UK if necessary. My grandfather being a disciplined individual was losing patience with the corruption in Nigeria and vowed to not give in to bribery or begging to have an easy life. His hesitation would eventually subside and in May of 1972 they arrived in Nigeria happily married with a 2 year old toddler (who was my mum.)

After settling for a bit my grandfather needed a job so he started applying to different nursing schools around Lagos which would take several months for acknowledgement. In that period of uncertainty he decided to apply to the Nigerian Army Medical Corp in Lagos as a Nurse Tutor. In a turn of luck he would be invited to an interview within days of his application and would be successful. Within a very short time he would be promoted to the Officers Cader with substantive rank of lieutenant with 6 months seniority. All these big words to say that grandad was becoming quite the rockstar of the nursing community in Nigeria.

Tell me more about your work as a nurse in the Nigerian Army?

“In 1978 I would be one of three nurse tutors who co-found the Nigerian Army School of Nursing and Midwifery. This would be under the close watch of the Federal Ministry of Health, Nursing and Midwifery Council of Nigeria. During my time there I was also promoted to the rank of Substantive Major and Senior Nurse Tutor. Amazingly the school was able to turn out two sets of intake qualified nurses and midwives.”

Sharing this story reassures me that my grandfather’s nursing legacy will surpass the fleeting sentiments due to Corona-anxiety.

The truth is at the height of his nursing career there was still so much to do. Unfortunately after only 17 years in service my grandfather would prematurely retire in 1988. He states this very matter of fact simply acknowledging that — “You had to make a choice”. Although retired, he managed to secure a part-time job as a nurse tutor which would have him shuttling between the U.K. and Nigeria every 6 months. He mentions frivolously, how there was more money in psychiatric and psycho-geriatric nursing and how whilst in the army his specialism made him a valuable member of his team and therefore less likely to be reposted elsewhere.

More than anything, I’ve seen the power of education and valiance that my grandfather has shown throughout his tenure as a nurse. The positive representation of a black man who was a nurse, carer and educator is beneficial in this day and age. This is because the contribution he made, relatively unknown, was crucial to the developments in western medicine in Nigeria and the UK. He was the first African to be sponsored to Mable Fletcher Technical College in Liverpool in 1969. In addition he was an examiner of the General Nursing Council for England and Wales as well as the Nursing and Midwifery Council In Nigeria. It’s important to remember the BAME contributions now more than ever, when those are the individuals who are mostly at the forefront yet also the least protected. Sharing this story reassures me that my grandfather’s nursing legacy will surpass the fleeting sentiments due to Corona-anxiety.

…And now it all comes full circle

Due to the absence of his parents, as a young child: my grandfather faced a harsh reality early on—loneliness. However a little seed of hope was planted through observing his uncle who was a pharmacist. This seed of hope was also passed on to me as a young child and it feels so good to finally share it with you. After diligently piecing this story together, I can still see the glimmer in his eyes as he ruminated on his career which he truly enjoyed. Nursing was and continues to be his passion.

“Glory be to God” is my grandfather’s favourite way to end a conversation. He would hashtag it, but he doesn’t care too much for social media.

3 thoughts on “The Nurse Without Borders: A Conversation With My Grandfather” 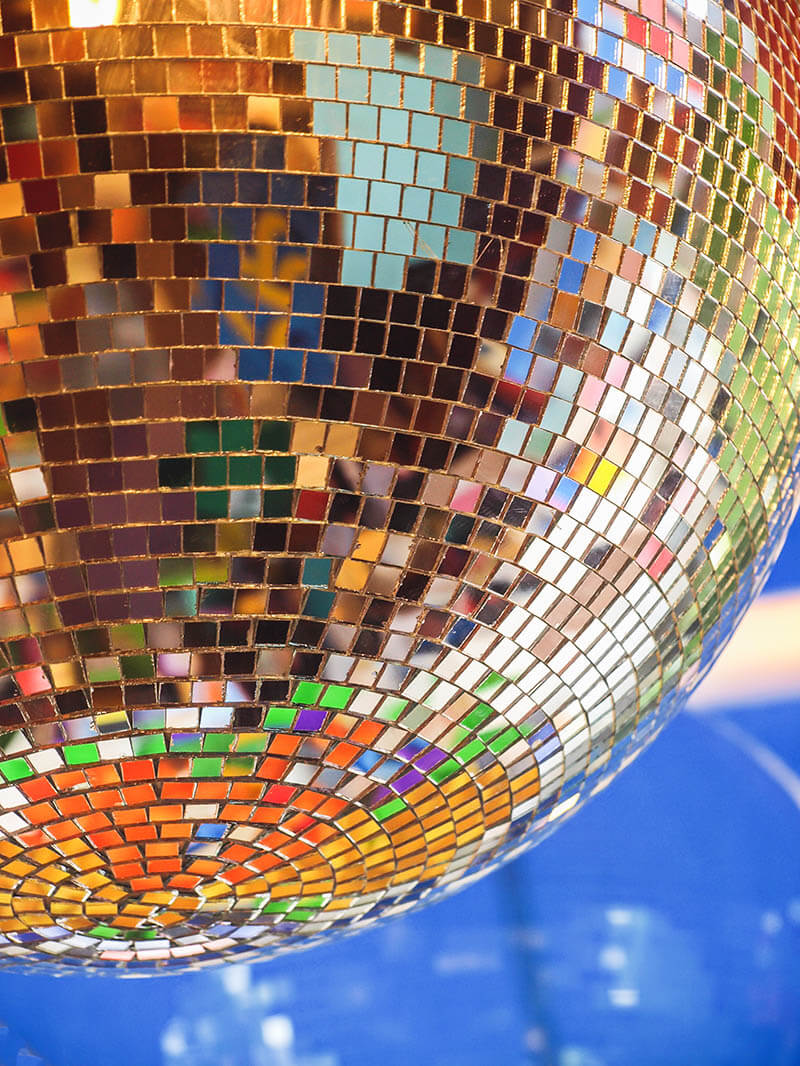